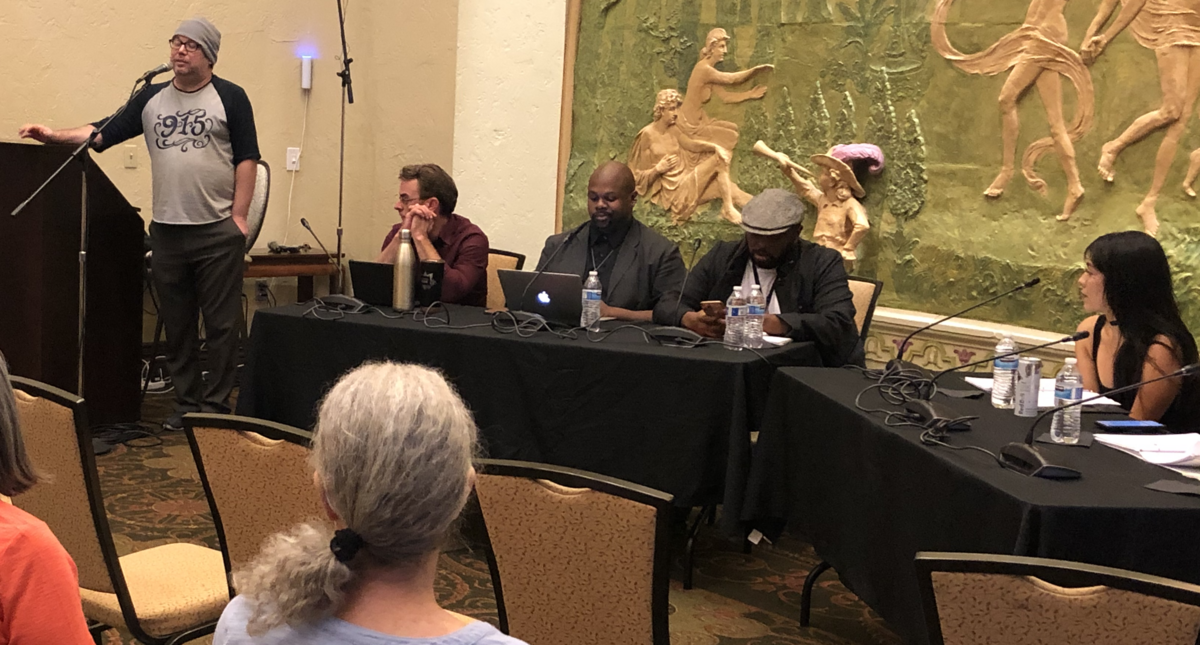 Pictured: Austin Savage (left) narrates ‘The Secret Notes of Professor Thomas’ as members of the cast look on during a table read as part of this year’s Filmmakers Brunch.

The Secret Notes of Professor Thomas, which is based on a play about a real music educator’s attempts to overcome adversity, took first prize in the first Plaza Classic Film Festival Screenwriting Competition.

It was sponsored by the El Paso Film and Creative Industries Commission and Final Draft 12.

The winning screenplay was written by Joni Ravenna of Palm Springs, CA, and Joshua Townshend-Zellner of Los Angeles, CA.

Competition coordinator Austin Savage and a cast of six local actors performed a table read of the winning screenplay during PCFF’s annual Filmmakers Brunch on August 7 in the Foundation Room. Townshend-Zellner attended and spoke to the audience.

Monitor this space for details about next year’s competition.

The deadline for submissions has passed. Thank you for your interest!