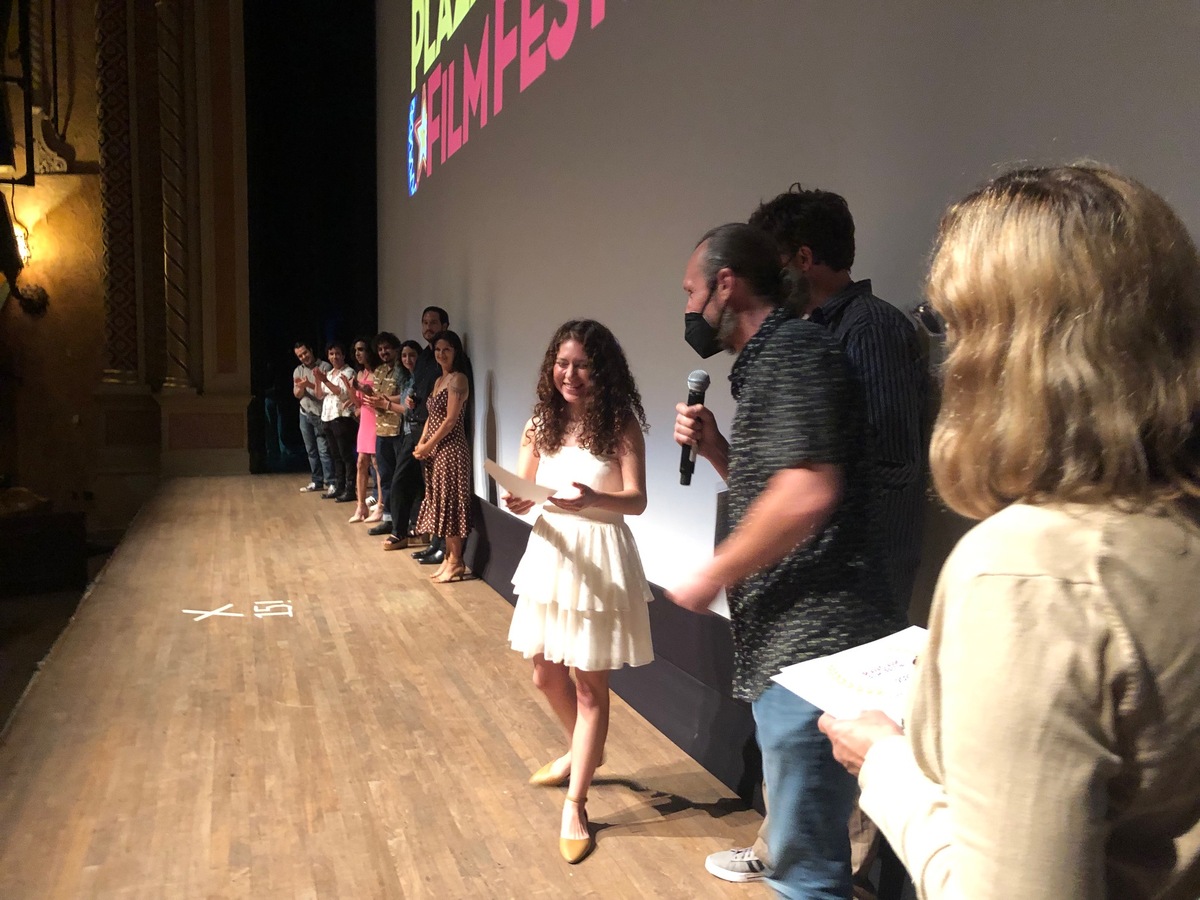 Arkansas, etc., Las Cruces filmmaker Brandon Tyler’s moody drama about a couple of drifters, took the $1,000 First Prize in this year’s Local Flavor Awards, which were handed out at the conclusion of the Local Flavor program on August 4 in the Plaza Theatre.

The $750 Second Prize went to Ryan Rox of Las Cruces for the autobiographical That Tingling Sensation.

Third prize, which was worth $500, went to El Paso filmmaker Christopher Rakas for his experimental short Dada Noise 2.

This year’s Audience Favorite Award, which was selected by a live text-to-vote, was Melody by Las Cruces animator Lauren Roman. The award is worth $250.

This year’s selections were:

• Aqui es El Paso (Dubeth Ramferi Cortez), 20 minutes — Narrative about an immigrant stranded in Juarez who is helped by a stranger.

• Arkansas, etc. (Brandon Tyler), 14:45 minutes — Impressionistic short about a loner and a runaway whose lives spiral when they cross paths.

• Melody (Lauren Roman), 5:11 minutes — Animated short about a father who sings his daughter into existence but they are tested by a new song.

• That Tingling Sensation (Ryan Rox), 29:59 minutes — A coming-of-age drama in which a tragedy leads a young man to confront his prejudices.

• Where Is the Governor? (Carlos Humberto Tejeda), 9:30 minutes — Comic short in which a superhero tries to save the state after its head of state made off with the money.

A total of 39 entries were submitted this year.

The deadline for submissions has passed. Thank you for your interest!