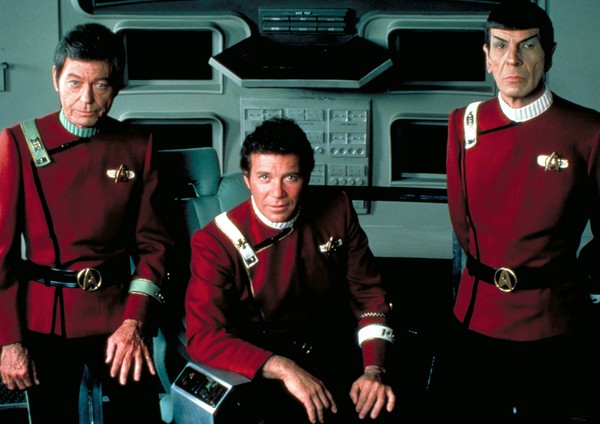 The El Paso Community Foundation’s Plaza Classic Film Festival plans to go where no Plaza Classic has gone before with “Star Trek II: The Wrath of Khan.” It’s the first Star Trek movie to be part of the festival, which returns for its eighth year Aug. 6-16.

“Wrath of Khan,” released in 1982, features William Shatner, the late Leonard Nimoy and Ricardo Montalban in deadly clash between the reunited crew of the U.S.S. Enterprise and a genetically engineered and vengeful villain. “Star Trek,” which celebrates its 50th anniversary next year, was created by El Paso native Gene Roddenberry.

It is one of 12 more Plaza Classic titles being announced today:

• “The Caine Mutiny” (1954) — Humphrey Bogart stirs up tensions aboard a post-war Navy minesweeper.

• “Splendor in the Grass” (1961) — A sultry romantic drama with Natalie Wood and Warren Beatty.

• “Adam’s Rib” (1949) — The Spencer Tracey-Katharine Hepburn comedy about married attorneys on opposite sides of the courtroom.

• “El Bombero Atomico” (1952) — Mexican comic Cantinflas as a fireman-turned-cop caring for his goddaughter.

• “Abbott and Costello in the Foreign Legion” (1950) — The duo is tricked into joining the Legion.

• “The Black Stallion” (1979) — A heartwarming children’s tale about a boy and a horse who overcome tragedy together.