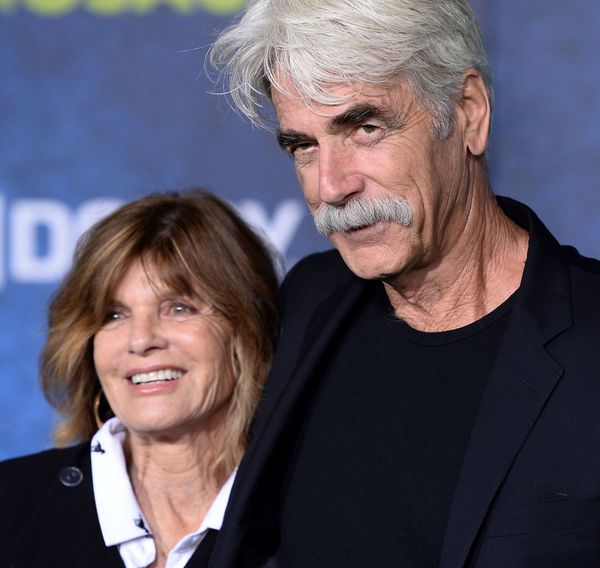 Sam Elliott and Katharine Ross to appear at PCFF 2019

The couple will appear for on-stage interviews before a 50th anniversary screening of Butch Cassidy and the Sundance Kid at 7 p.m. Friday, August 2, and the 1978 cult horror classic The Legacy at 3:30 p.m. Saturday, August 3, both in the Plaza Theatre. The Plaza Classic Film Festival also will honor Katharine Ross with its Plaza Classic Award for lifetime achievement.

The festival will be August 1-11, 2019 in and around the historic Plaza Theatre.

Katharine Ross co-starred in Butch Cassidy with Paul Newman and Robert Redford. Sam Elliott played a bit part as Card Player Number Two. The couple began dating while making The Legacy, which was directed by Richard Marquand (Return of the Jedi), and married in 1984.

Sam Elliott, whose parents were from El Paso, was a big hit at last year’s PCFF, appearing for the U.S. premiere of The Man Who Killed Hitler and Then the Bigfoot. He was nominated this year for an Academy Award for Best Supporting Actor for Bradley Cooper’s remake of A Star Is Born, for which he also won a Best Supporting Actor award from the National Board of Review. Sam received the Plaza Classic Award last year for his more than 50-year career, including movies and TV shows such as Mask, Lifeguard, Conagher, Tombstone, and The Big Lebowski.

Katharine Ross appeared on various television shows in the early 1960s before receiving an Academy Award nomination for her performance as Elaine Robinson in 1967’s The Graduate. She won Britain’s BAFTA Award for Best Actress for her work as Etta Place in Butch Cassidy and the Sundance Kid, and again for Tell Them Willie Boy Is Here. She also received a Golden Globe Award for Best Supporting Actress for Voyage of the Damned.

In addition to the couple’s appearances, PCFF previously announced an 80th anniversary screening of The Wizard of Oz, the Plaza Classic debut of My Fair Lady, a new 4K restoration of 2001: A Space Odyssey, and the 1939 version of The Hunchback of Notre Dame. More titles will be announced soon. The Plaza Classic shows more than 90 movies each year.

Individual tickets go on sale in early July. Festival passes are on sale now at plazaclassic.com/tickets. Call 915-533-4020 for more information.