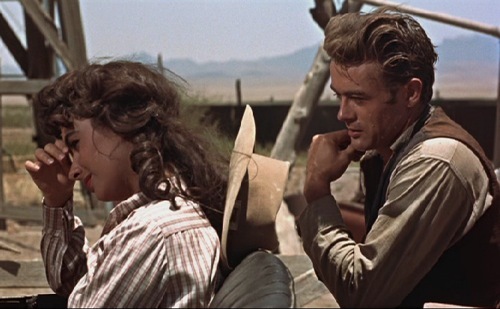 EL PASO, TEXAS — The world’s largest classic film festival will celebrate the 60th anniversary of the movie Giant in a Texas-sized way this August.

Director George Stevens’ sprawling 1956 Lone Star state epic, which was shot largely in nearby Marfa, Texas, will be shown at 6 p.m. Saturday, August 6 in the Plaza Theatre.

Mexican actress Elsa Cardenas, who played the pivotal role of Juana, will appear. She will be interviewed on stage by Scott McGee, program production director of Turner Classic Movies. The movie will be shown immediately after their talk.

GECU/MEMBERS Trust Company generously is sponsoring Giant and the unique exhibit, A ‘Giant’ Story: When Hollywood Came to West Texas, which explores the location shoot in Marfa, its El Paso ties and some of the movie’s main themes.

The free exhibit will run July 28 through September 18 at the El Paso Museum of History.

A ‘Giant’ Story will include costumes designed by Academy Award-winner Marjorie O. Best for Hudson, Taylor and Dean (who died while the movie was in post-production), on loan from the Warner Bros. Corporate Archive, and production art, documents and off-set photographs from the George Stevens Collection at the Academy of Motion Picture Arts and Sciences.

It also will include one-of-a-kind photographs and memorabilia from El Pasoan Wally Cech, who worked as a waitress on the Marfa shoot, and Nancy Hamilton, who covered the movie’s El Paso premiere at the Plaza Theatre on November 8, 1956 for the El Paso Times.

Tours, lectures and screenings of related films will be part of the Giant celebration, including a free showing of Austin filmmaker Hector Galan’s 2015 documentary Children of Giant at 2 p.m. Monday, August 8 at the El Paso Public Library auditorium.

Based on the 1952 best-seller by Edna Ferber (Show Boat), Giant chronicles a quarter century in the life of rancher Bick Benedict (Hudson) and his Eastern-bred wife Leslie (Taylor), the advent of big oil and race relations between Anglos and Mexican-Americans.

Tickets for Giant and all 90 of the movies in this year’s Plaza Classic Film Festival — including the original Star Wars trilogy, Rocky, Annie Hall and The Music Man — go on sale July 8. Festival Passes teen Film Club Passes are available at plazaclassic.com/tickets or by calling 915-533-4020.