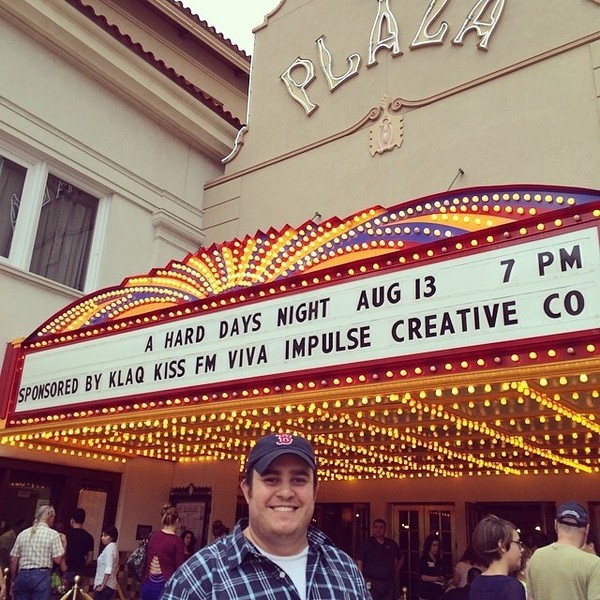 All good things must come to an end, right? Well, at least for this year.

The El Paso Community Foundation’s seventh annual Plaza Classic Film Festival has come to an end. And what a festival it was.

• We started a day early, Aug. 6, with a little exhibition game, teaming up with the El Paso Chihuahuas to show “Field of Dreams” for an audience of about 1,000. It was a fun, feel-good way to start our “season” and celebrate the new jewel of downtown El Paso, Southwest University Park.

• We began in earnest Aug. 7 with “The Pride of the Yankees,” the first of five baseball movies on this year’s busy schedule, and celebrated our sponsors with one of Marilyn Monroe’s most iconic roles in “The Seven Year Itch.

• We closed out our first weekend Aug. 8-10 with appearances by Shirley Jones with “Oklahoma!” and “Elmer Gantry,” a big crowd for the DCP of “The Wizard of Oz,” intros and Film Talks by TCM’s Scott McGee, over 2,000 for “The Rocky Horror Picture Show” on Mills Street (it took our fabulous volunteers two hours to clean up the mess), a three-film celebration of Charlie Chaplin’s Little Tramp centennial, an emotional “The Long Ride Home,” a special appearance by El Paso-raised actress Yvette Yates, a sold-out Philanthropy Theatre for Cantinflas’ “El Bolero de Raquel,” overflow crowds for the 10th anniversary edition of “The Good, The Bad and Indie” and Local Flavor, and a Sunday night crowd that gasped when villain Raymond Burr spied Jimmy Stewart watching him in “Rear Window.”

• Our weekdays were full with guest appearances by screenwriters and playwrights Beth Henley on Aug. 12 (she appeared with her “Crimes of the Heart”) and NMSU’s Mark Medoff on Aug. 14 (with “Children of a Lesser God”), plus a huge house for the new 50th anniversary digital restoration of the Beatles’ “A Hard Day’s Night,” sold-out children’s movies in the Philanthropy Theatre, strangely coincidental back-to-back shows of “Jumanji,” starring the late Robin Williams, and “The Shootist,” with the legendary Lauren Bacall, in the Philanthropy, and the return of Indiana Jones, this time in “Indiana Jones and the Temple of Doom.”

• The final weekend was topped by the ever-suave and charming Robert Wagner with “The Towering Inferno” and “A Kiss Before Dying,” not to mention a book-signing that ran over by 30 minutes due to audience demand (and some fans who flew in from as far away as Germany), the return of hometown hero Ryan Piers Williams for the local debuts of his “X/Y” (which he wrote, directed and co-starred in) and “Kilimanjaro” (which he produced) and an informal brunch for fans and filmmakers, a crowd of 1,200 for an outdoor showing of “Grease” that was delayed by strong winds and splashed by the Chihuahuas’ post-game fireworks show, the local debut of Omar Rodriguez Lopez’s “Los Chidos,” intros and Film Talks by Roger Ebert’s former editor, Laura Emerick, and a Sunday finale that included Walt Strony’s imaginative organ accompaniment for Harold Lloyd’s elevated comedy “Safety Last!” and the Watergate-inspired “All the President’s Men.”

Thanks to all of the guests, fans, pass holders, volunteers, Plaza Theatre staff and the production crew for making this a special year.