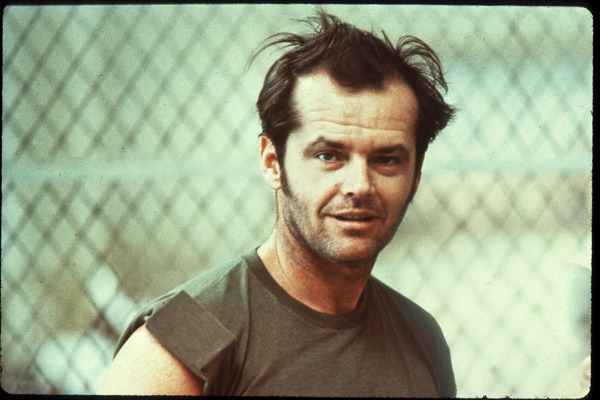 Two very different classics from 1975 — five-time Academy Award-winner “One Flew Over the Cuckoo’s Nest” and Arthurian send-up “Monty Python and the Holy Grail” — are among the first titles announced for the El Paso Community Foundation’s Plaza Classic Film Festival. The eighth annual edition will be Aug. 6-16, 2015 in and around the historic Plaza Theatre.

“Monty Python and the Holy Grail” is the cult comedy that made the British troupe a global sensation. It spawned the Tony Award-winning musical Spamalot and introduced memorable characters such as the not-so-brave Sir Robin, the Black Knight, the Knights Who Say Ni and the French Taunter.

• “The King and I” (1956) — Deborah Kerr, Yul Brynner, and PCFF 2013 guest Rita Moreno star in the heartwarming Rodgers and Hammerstein musical about a stubborn king and the woman who tames his heart. It includes the standards Getting to Know You and I Whistle a Happy Tune.

• “Shall We Dance” (1937) — Fred Astaire and Ginger Rogers star in this musical about a ballet star who falls for a tap dancer. It features the Gershwin brothers’ classic Let’s Call the Whole Thing Off, which features an Astaire-Rogers routine on roller skates.

• “The Bicycle Thief” (1948) — Vittorio de Sica’s poignant post-WWII story about a destitute father’s frantic search for his stolen bicycle is one of the most famous examples of neorealism in Italian cinema and is considered one of the greatest movies of all time.

• “Ladies & Gentlemen, the Rolling Stones” (1974) — This no-frills concert documentary captures the legendary band, who just announced their “Zip Code” American tour, at their best during the Texas leg of their 1972 American tour supporting the classic Exile on Main St.

Tickets for the Plaza Classic Film Festival go on sale in early July. Festival passes are $200 and include admission to all ticketed events, an express lane and other perks. Plaza Classic Film Club passes, for teenagers 14 to 18, are $100. They are available at 915-533-4020 and plazaclassic.com.