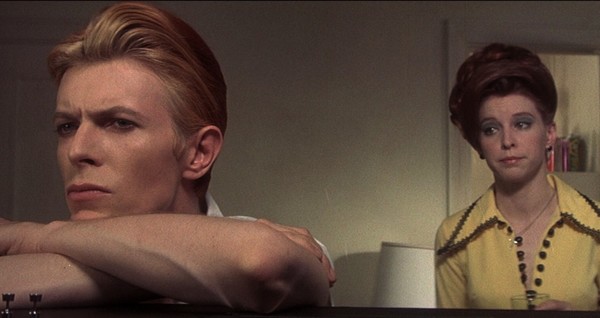 Candy Clark to appear with 'The Man Who Fell to Earth'

EL PASO, TEXAS — Academy Award nominee Candy Clark will discuss her experiences with David Bowie while making The Man Who Fell to Earth at this year’s Plaza Classic Film Festival.

Clark’s appearance is part of the El Paso Community Foundation’s ninth annual Plaza Classic Film Festival, which will feature more than 90 movies from August 4-14 in and around the historic Plaza Theatre.

Clark will be interviewed at 9 p.m. Saturday, August 13 in the Plaza Theatre. The screening of the Nicolas Roeg-directed 1976 sci-fi classic will follow immediately after.

Candy played Mary-Lou, Bowie’s love interest. Bowie, who died on January 10, made his movie debut as Thomas Jerome Newton, an extraterrestrial sent to Earth to transport water to his dying planet. Bowie was at the height of his rock stardom — and battling cocaine addiction — when he took on the role. “I actually was feeling as alienated as that character was,” he told Rolling Stone. “It was a pretty natural performance. … a good exhibition of somebody literally falling apart in front of you.”

More than 20 minutes was cut from the original U.S. release. Though it was not received well at the time, the movie’s stature has grown over the years, thanks in large part to Clark’s successful efforts to get the original director’s cut released. The Man Who Fell to Earth now has an 83% “fresh” rating on Rotten Tomatoes.

The Man Who Fell to Earth was shot in New Mexico in the summer of 1975. White Sands National Monument doubled as Bowie’s home planet.

Candy Clark is a Fort Worth native who was nominated for her performance in George Lucas’ 1973 blockbuster American Graffiti. Her other movie credits include John Huston’s Fat City, The Big Sleep, More American Graffiti, Blue Thunder, At Close Range, Zodiac and When You Comin’ Back, Red Ryder?, which was filmed in El Paso. Her TV credits include Magnum, P.I., Matlock and Criminal Minds.

Candy will sign autographs at a time and location to be announced.

Plaza Classic Film Festival tickets go on sale July 8. Festival Passes, which include admission to all movies, are $200. A limited number of Film Club Passes, for high school students, are $100. Passes are available at plazaclassic.com/tickets and 915-533-4020.