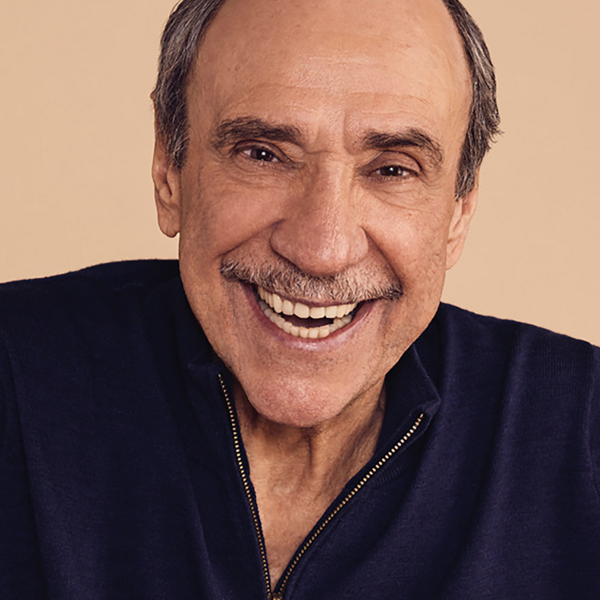 F. Murray Abraham was born in Pittsburgh and grew up in El Paso, where he graduated from El Paso High School, and discovered a love of theater, in 1958. He briefly attended Texas Western College (now UTEP) before moving to Los Angeles to pursue acting. He has appeared in more than 80 films including Amadeus, for which he received the Academy Award for Best Actor, a Golden Globe and L.A. Film Critics Award. His other films include The Name of the Rose, Finding Forrester, Scarface, The Ritz, The Sunshine Boys, Star Trek: Insurrection, The Grand Budapest Hotel, Inside Llewyn Davis, How to Train Your Dragon 3, House of Geraniums, The Bridge of San Luis Rey, Where Love Begins, Robin Hood, Lady and the Tramp, Things Heard and Seen and the forthcoming The Magic Flute.

Mr. Abraham’s television appearances included Homeland (for which he received two Emmy nominations), Curb Your Enthusiasm, The Good Wife, The Good Fight, Journey to the Center of the Earth, Marco Polo, Louis CK, Shakespeare Uncovered, Chimerica and Mythic Quest. He also joined the cast for season two of HBOMax’s The White Lotus and voices Khonshu on Moon Knight for Disney+. He also played a grape in the popular Fruit of the Loom commercial!

A veteran of the stage, Abraham has appeared in more than 90 plays, among them Chekhov’s Uncle Vanya (for which he won an Obie Award), Trumbo, Standup Shakespeare, the Italian tour of Notturno Pirandelliano, Susan Stroman’s A Christmas Carol, the musical Triumph Of Love, A Month In The Country, the title roles in Cyrano de Bergerac, King Lear, Macbeth, Richard III, The Jew of Malta, The Seagull, Oedipus Rex, Creon, Angels In America (on Broadway), The Ride Down Mt. Morgan, Waiting For Godot, The Caretaker, The Ritz, Sexual Perversity In Chicago, Duck Variations, A Life In The Theatre, Paper Doll, The Threepenny Opera, The Mentor, and Terrence McNally’s It’s Only A Play (Drama Desk Award nomination). He made his L.A. debut in Ray Bradbury’s The Wonderful Ice Cream Suit *and his N.Y. debut as a Macy’s Santa Claus, soon thereafter to Broadway in *The Man in The Glass Booth, directed by Harold Pinter.

Mr. Abraham’s book A Midsummer Night’s Dream: Actors On Shakespeare, is published by Faber & Faber. He is proud to be the spokesman for The MultiFaith Alliance for Syrian Refugees.

Honors include The Moscow Art Theatre Stanislavsky Award, The Sir John Gielgud Award for Excellence in Shakespeare, Obie Award for Lifetime Achievement, and a member of The New York Theater Hall of Fame.

Murray has been married to Kate, the love of his life, for 60 years. His children, Jamili and Mick, spent their summers in El Paso growing up. He is fiercely proud of his granddaughter, Hannan, a sophomore at New York University.

F. Murray Abraham will appear with ‘Amadeus’ at 7 pm Friday, August 5 and ‘The Grand Budapest Hotel’ at 4 pm Saturday, August 6 in the Plaza Theatre.