You could sum up the 11th annual Plaza Classic Film Festival in two words — Border Stories.

Some might sum it up with one name — Sam Elliott. 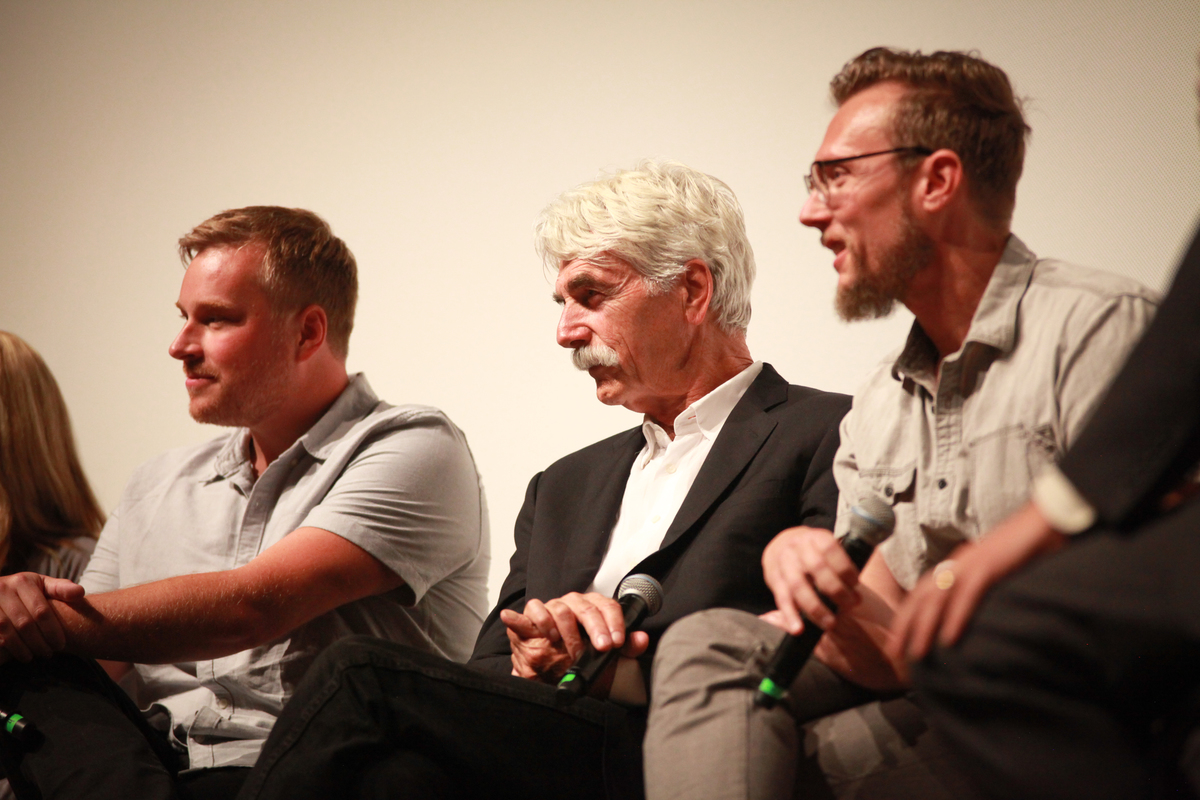 The 2018 edition of the world’s largest classic film festival, which took place August 2-12, featured 50 movies, about half of all the movies we showed this year and a collaborative exhibition at the El Paso Museum of History, that connected the movies back to the El Paso-Juarez-Las Cruces border area.

One of those movies, writer-director Robert Kryzkowski’s The Man Who Killed Hitler and Then the Bigfoot, had its United States premiere in the historic Plaza Theatre as part of the Plaza Classic. Ever-dreamy star Sam Elliott, who has extensive ties to this area, was in attendance. Editor Zach Passero, producer Lucky McKee and sound designer Andrew Smetek are all based in El Paso; post-production on the film was done here. 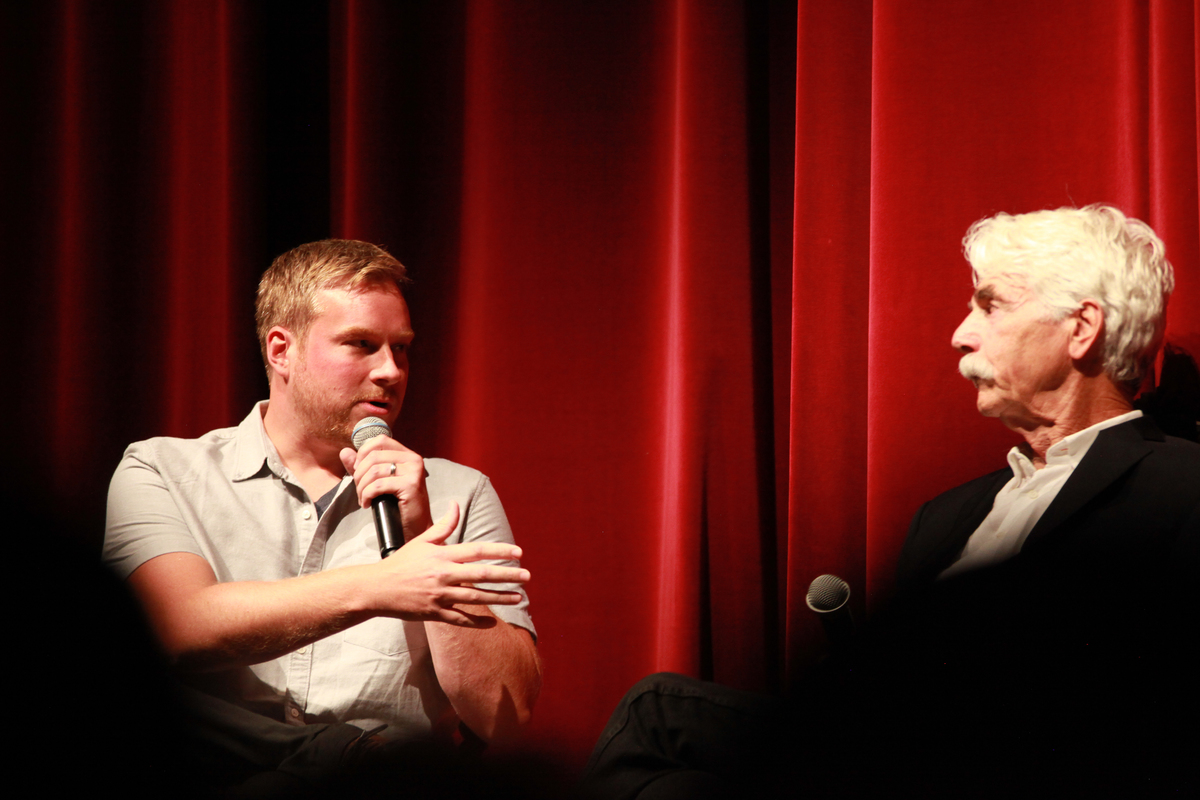 It was but one of many firsts for the Plaza Classic.

Some of the others:

• Our first screening of Felix Padilla and Edmundo Padilla’s El Paso-made silent movie, La Venganza de Pancho Villa, on loan from the Library of Congress, with live string quartet accompaniment by members of the El Paso Symphony Orchestra. Preservationst Kim Tomadjoglou, who did the restoration, and composer Tamar Muskal, who wrote music for it, were in attendance.

• Our first showing of Walt Disney’s 1928 animated short, Steamboat Willie, which marked the debut of one Mickey Mouse.

• Our first Local Flavor Awards, named for the local film series that’s been a fixture of nearly every Plaza Classic Film Festival (El Paso native Ryan Zaragoza won the $1,000 first prize for his powerful human trafficking short, Bebe). El Paso filmmakers Zach Passero and Lucky McKee, who worked on the Hitler/Bigfoot movie, took over as coordinators of this growing series.

• The local debut of Tribeca Studios’ documentary Home + Away, which depicted the difficulties faced by three Bowie High School students growing up in the shadow of the border. It was a sold-out show. KVIA’s Stephanie Valle moderated a post-show Q&A with the students — Erik Espinoza Villa, Shyanne Murguia and Francisco Mata — director Matt Ogens and producer Nathaniel Greene. 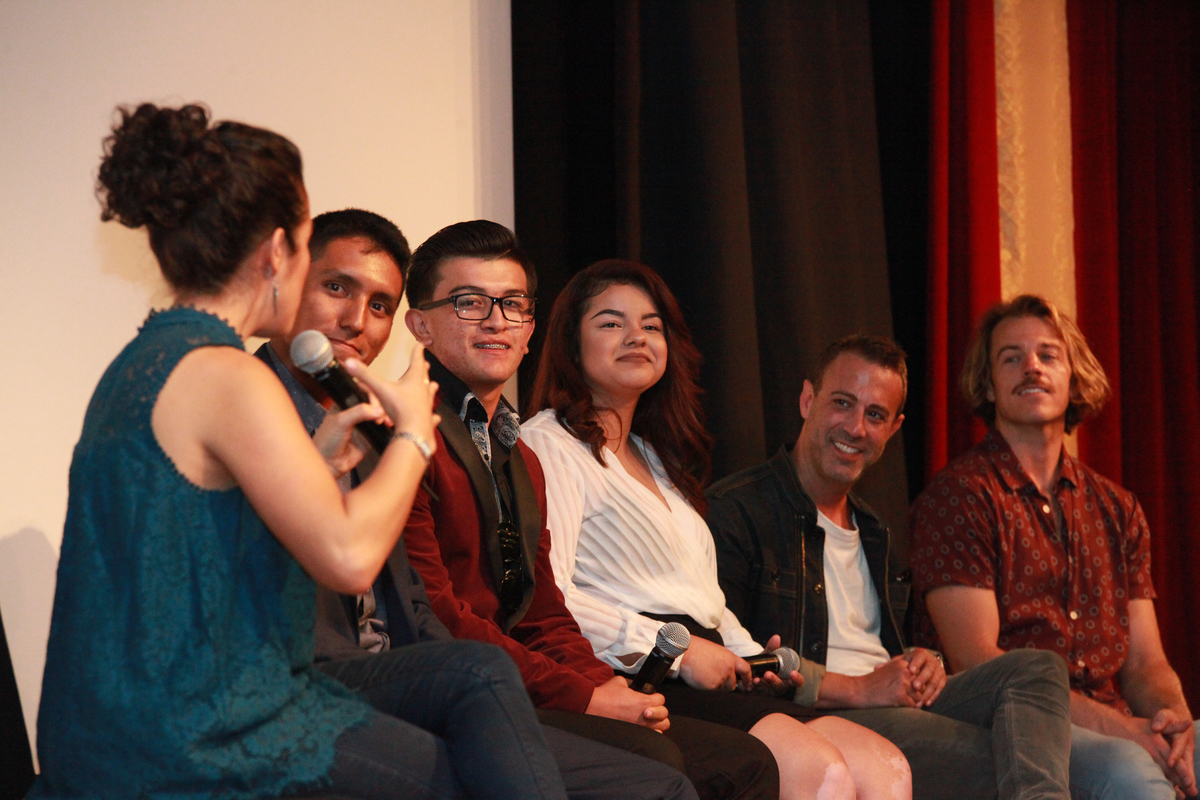 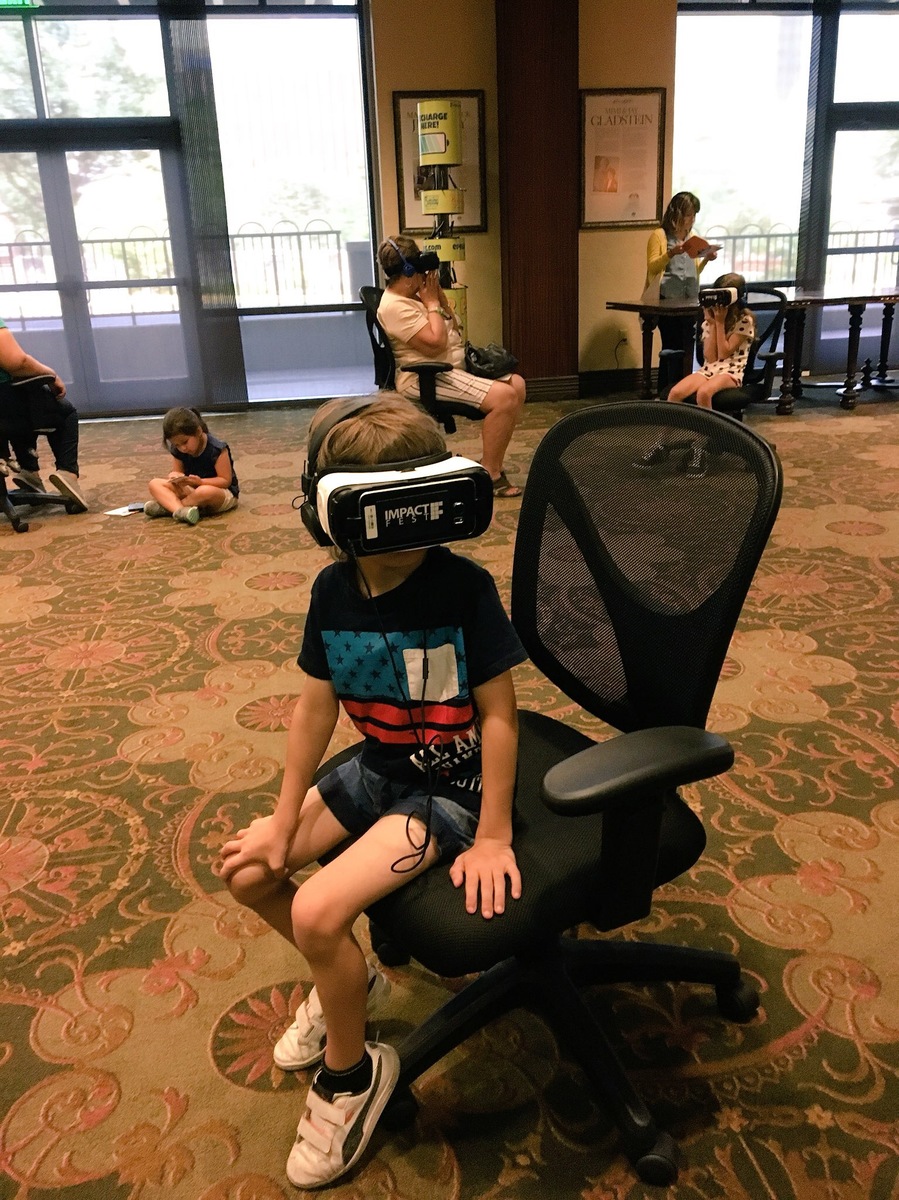 • Our first virtual reality film, El Pasoan Claudio Lai’s The Wall, which drew more than 400 curious viewers who put on the headsets to experience 360-degree filmmaking.

It was all part of a Plaza Classic Film Festival devoted largely, but not necessarily obviously to the Border Stories theme. Some, like The Border and Lone Wolf McQuade, were shot here. Others, like Steven Soderbergh’s Traffic and Quentin Tarantino’s two Kill Bill movies, are partially set here.

Four were based on novels by El Pasoan Tom Lea (The Brave Bulls, The Wonderful Country) and former El Pasoan Cormac McCarthy (No Country for Old Men and All the Pretty Horses). 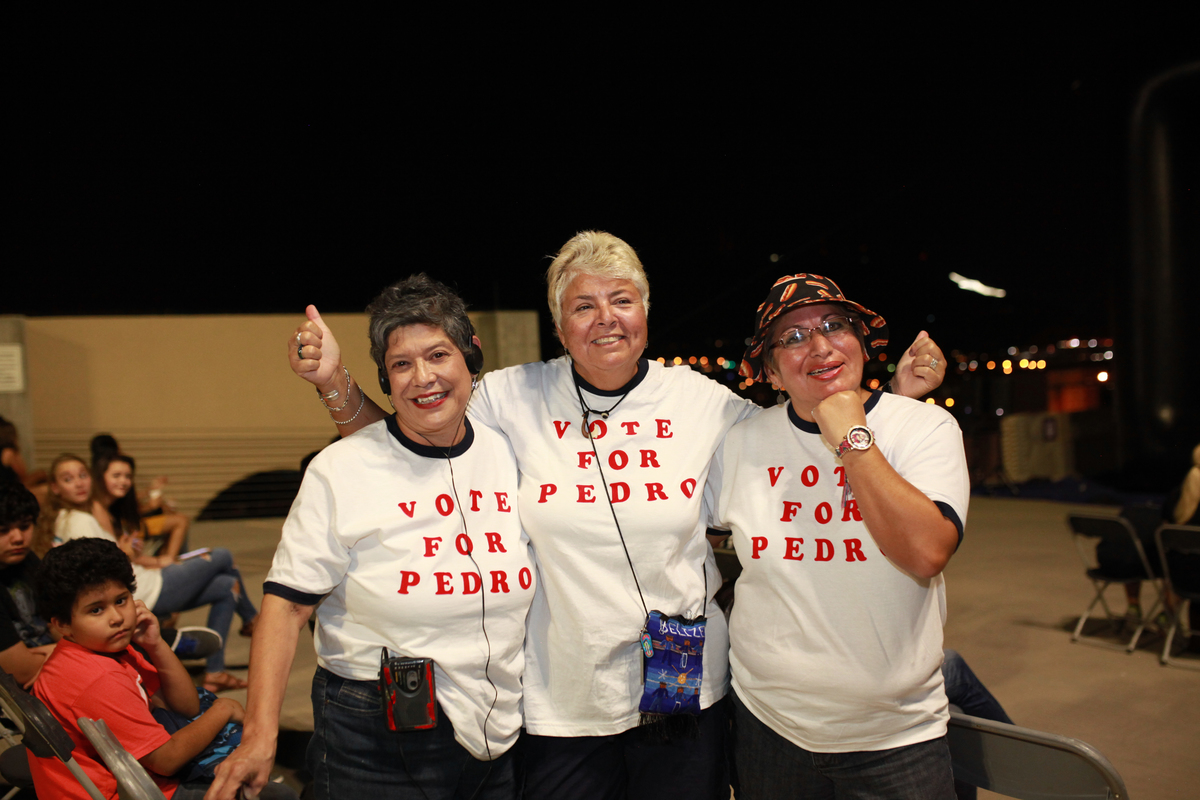 Others featured actors with local ties, such as Amadeus with El Paso High School graduate F. Murray Abraham and Valley of the Dolls with Irvin High alum and Manson murder victim Sharon Tate.

A handful of the movies contained references to the area, including From Here to Eternity (one of the characters was from Fort Bliss) and Napoleon Dynamite, whose sweetly low-key Pedro character (“Vote for Pedro”) is from Juarez. 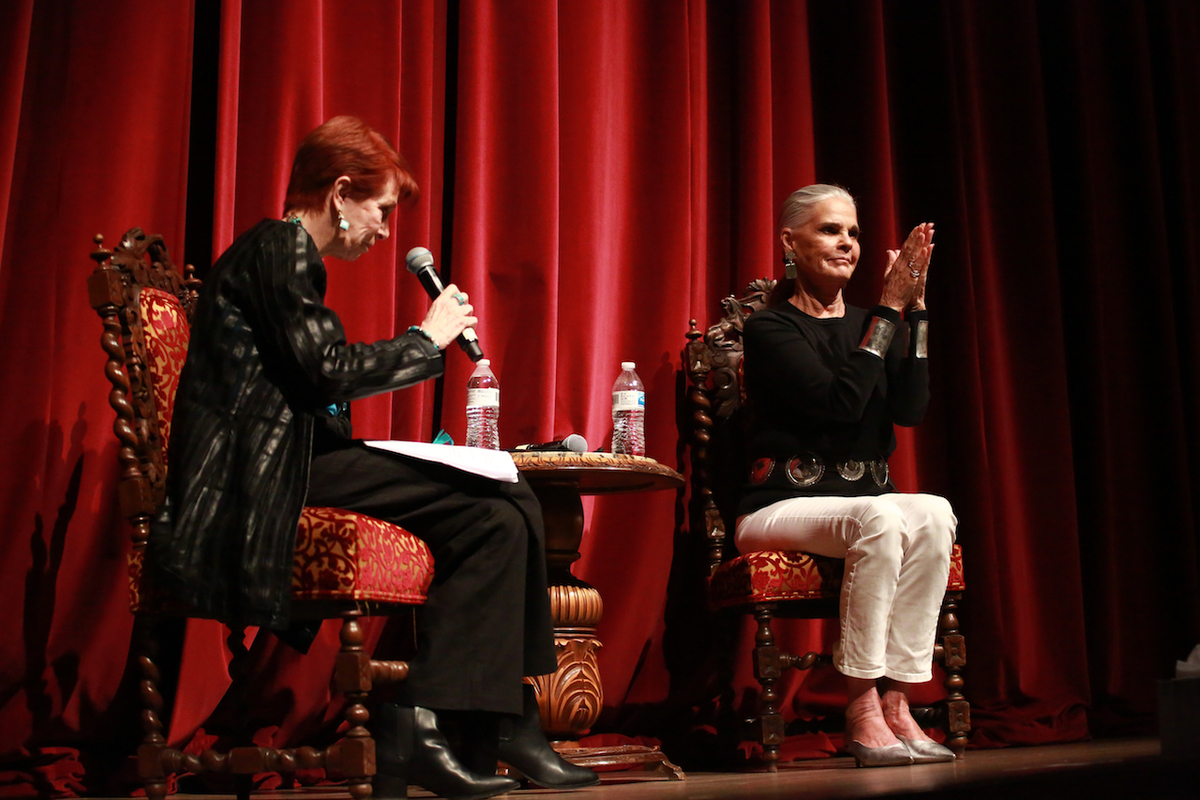 Two of our special guests spent time making movies in this area. Ali MacGraw had a life-changing experience making Sam Peckinpah’s The Getaway in El Paso. She talked about the “ghosts” of that experience before we screened it in the Plaza Theatre (she also appeared with Love Story).

Actor’s actor Bruce Dern appeared with Nebraska (and sat in the audience during the screening) and Coming Home, movies for which he was nominated for Academy Awards, and was interviewed by PCFF regular Scott McGee of Turner Classic Movies. But he also starred in three other movies we showed — Hang ‘Em High, Pat Garrett & Billy the Kid and All the Pretty Horses — which were part of our Border Stories theme. 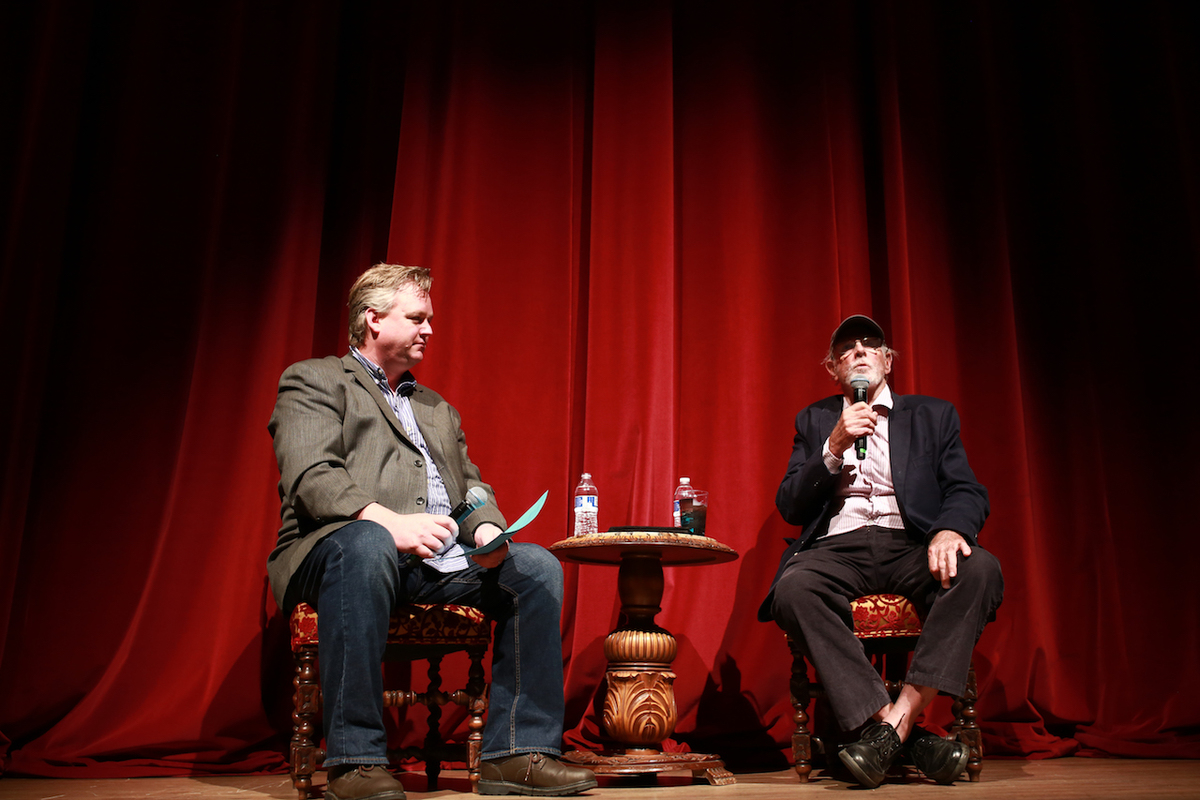 We also reacted to all of those horrible sexual abuse stories coming out of Hollywood with Woman’s Work, a selection of films that also featured themes of female empowerment. They included Ingrid Bergman in Gaslight, Spencer Tracy and Katharine Hepburn knocking heads in Woman of the Year, the revenge fantasy 9 to 5 and Mexico’s restored Aventurera.

The overlooked Mexican classic featured an onstage appearance by Mexican filmmaker and preservationist Viviana Besne Garcia, the granddaughter and niece of the film’s producers, the Calderons, who originally were from Juarez and owned theaters along the border, including El Paso’s Colon Theatre and Juarez’s Cine Plaza, which can be seen in Aventurera, some of which takes place in Juarez.

Our annual collaboration with the El Paso Museum of History was the exhibition On Location: Making Movies in the Borderland, a collection of cameras, photographs, posters and other items connected to a century of movies and movie-making in the area (it will be up through the end of February 2019).

We again collaborated with the El Paso Museum of Art, this time showing films such as The Wonderful Country and All the Pretty Horses that had El Paso ties and should some of the real landscapes that inspired paintings in its West Texas landscape art exhibition.

And, in another first for PCFF, we collaborated with artists from the Roderick Artspace Lofts on the exhibition, We Are Not Things, images inspired by strong female characters in the movies.

We didn’t show Spike Lee’s powerful new movie BlackKklansmen, but we did host Ron Stallworth, the El Paso based author of the book that inspired Lee’s latest artistic triumph. Ron, an Austin High School grad who lead a police investigation into a KKK chapter in Colorado, read excerpts from and signed copies of the book for more than 100 fans.

There also was plenty of what Plaza Classic fans have come to expect from us, including a 60th anniversary showing of the Alfred Hitchcock classic Vertigo and a big crowd for Francis Ford Coppola’s epic The Godfather. Theater organist extraordinaire Walt Strony returned to accompany another silent classic, the Buster Keaton laugher The Cameraman, and our 10th anniversary outdoor screening of the campy The Rocky Horror Picture Show drew a huge crowd.

Plaza Classic 11.0 concluded with a triumphant showing of Glory Road, with an onstage appearance by Willie Cager, who was part of the historic 1966 Texas Western College basketball championship team depicted in the movie, and a special appearance by Mary Haskins, widow of the Bear himself, legendary Miners coach Don Haskins.

Look for more of the classic movies you love or will see for the first time on the big screen as the Plaza Classic Film Festival returns for its 12th year August 1-11 in and around the Plaza Theatre. 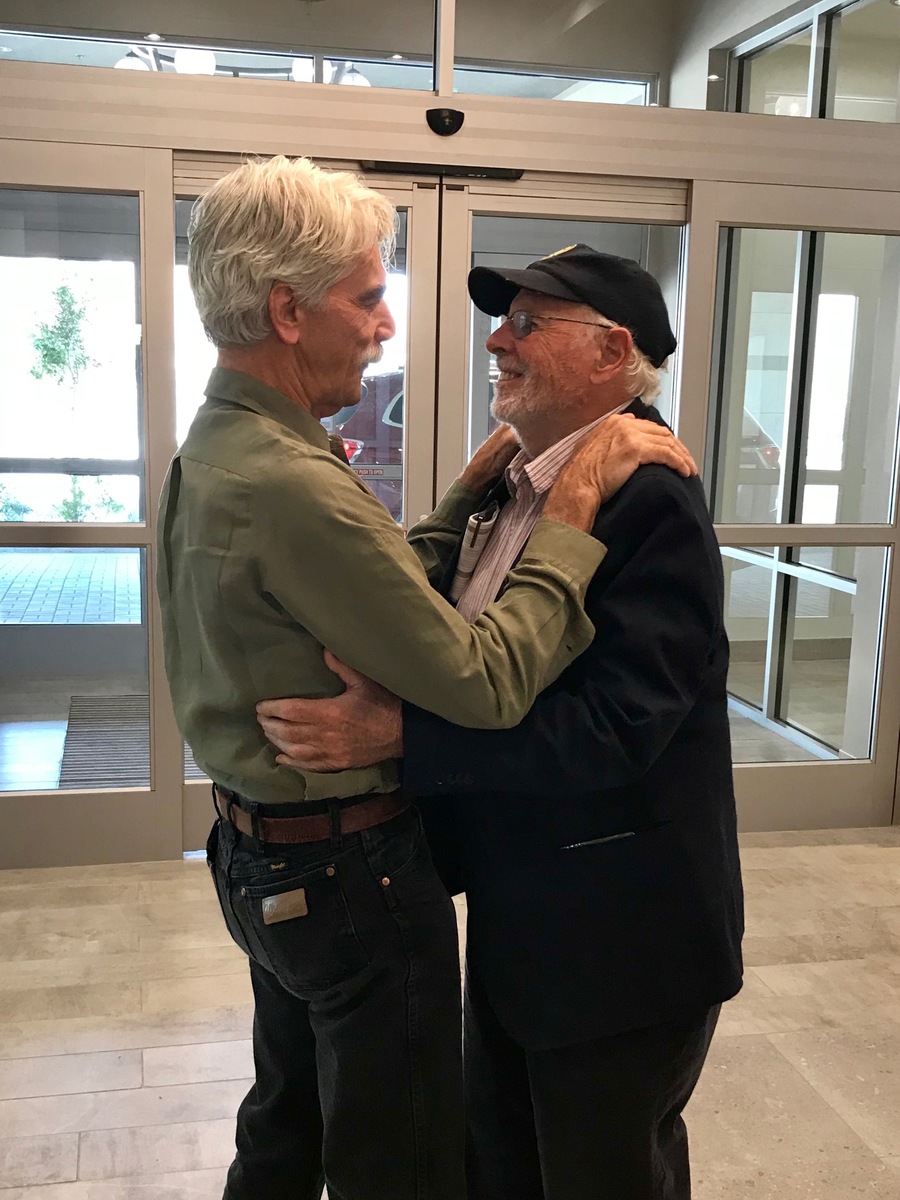