The 2016 edition of the El Paso Community Foundation’s Plaza Classic Film Festival — our ninth — was all about a galaxy far, far away and some very earthly subject matter.

The Plaza Classic, which showed nearly 100 movies for 40,000 people in 2016, was the only event in the country to show all three of the original Star Wars movies — A New Hope (1977), The Empire Strikes Back (1980) and Return of the Jedi (1983) — last year. More than 3,500 people attended the four screenings of the original trilogy (we showed A New Hope twice), some dressed as their favorite Star Wars characters. We brought in a few Stormtroopers (thanks to the local chapter of the 501st Legion), and even Darth Vader made an appearance.

Of course, it wasn’t all about what was going on in space. One of the best-attended movies of the festival was our 60th anniversary showing of Giant, most of which was shot nearby in Marfa. Elsa Cardenas, who played Juana in the movie, flew in from Mexico City to regale the audience, and interviewer Scott McGee of Turner Classic Movies, with stories of Marfa and co-stars Elizabeth Taylor, Rock Hudson and James Dean.

Elsa also got a private tour of our related exhibition, A Giant Story: When Hollywood Came to West Texas, which drew 10,000 fans to the El Paso Museum of History and included costumes worn by Taylor, Hudson and Dean (on loan from the Warner Bros. Corporate Archives) and documents and ephemera on loan from the Academy of Motion Picture Arts and Sciences, former El Paso Times journalist Nancy Hamilton and El Pasoan Wally Cech, who worked as a waittress during the location shoot.

Candy Clark, best known for her Oscar-nominated turn in American Graffitti, talked about David Bowie and the making of The Man Who Fell to Earth (released in 1976), which was shot in New Mexico, including White Sands National Monument. Ellar Coltrane (star of the Oscar-nominated Boyhood) appeared with director Kevin Ford and El Paso’s Zach Passero to screen and discuss their documentary By the River.

PCFF regular Walter Strony accompanied the 1929 silent version of The Phantom of the Opera on the Plaza Theatre’s Wyler Mighty Wurlitzer Organ, and electric cellist Gideon Freudmann provided the eerie live soundtrack to the 1920 silent German horror classic The Cabinet of Dr. Caligari. They were part of an extensive thread of monster and horror movies we called Monster Mash, which included showings of Frankenstein and Dracula.

Equally scary were the cautionary tales that made up our The Campaign Trail thread, it was an election-year after all. That series included The Manchurian Candidate, The Best Man and Bob Roberts. Francis Ford Coppola’s Apocalypse Now was part of a thread we called Coppola Family Tree, which included Sofia Coppola’s Lost in Translation. We also spotlighted movie performances by Elizabeth Taylor and Gregory Peck.

Our sixth annual collaboration with the El Paso Museum of Art spun off of its two Picasso exhibits, with six movies, including The Mystery of Picasso and Woody Allen’s Midnight in Paris, shown at the museum. We expanded our footprint to the El Paso Public Library’s downtown location, which hosted our second annual Plaza Classic Film Camp and a mix of documentaries (including Hector Galan’s Children of Giant, hosted by executive producer Carolyn Pfeiffer) and live-action dramas, including the Mexico-set The Brave One (co-starring Elsa Cardenas). 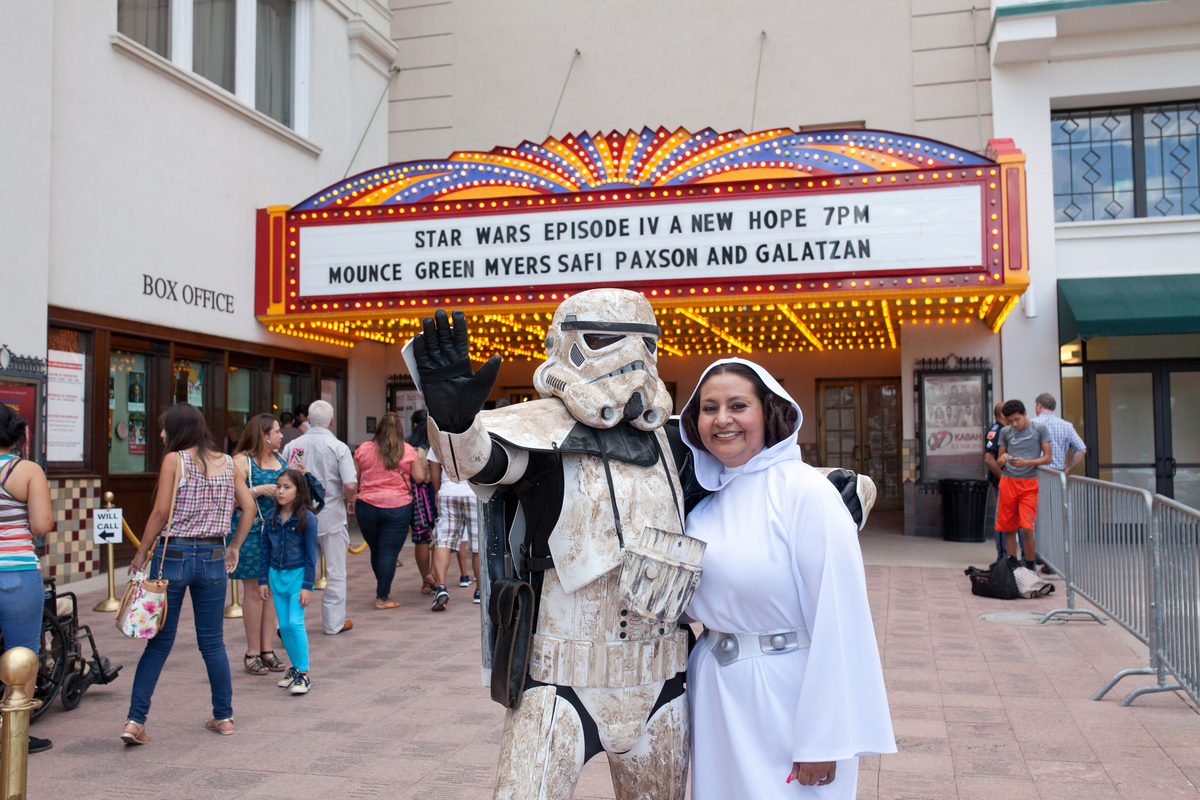 The Force was strong at PCFF, the only event that featured the original trilogy in 2016. 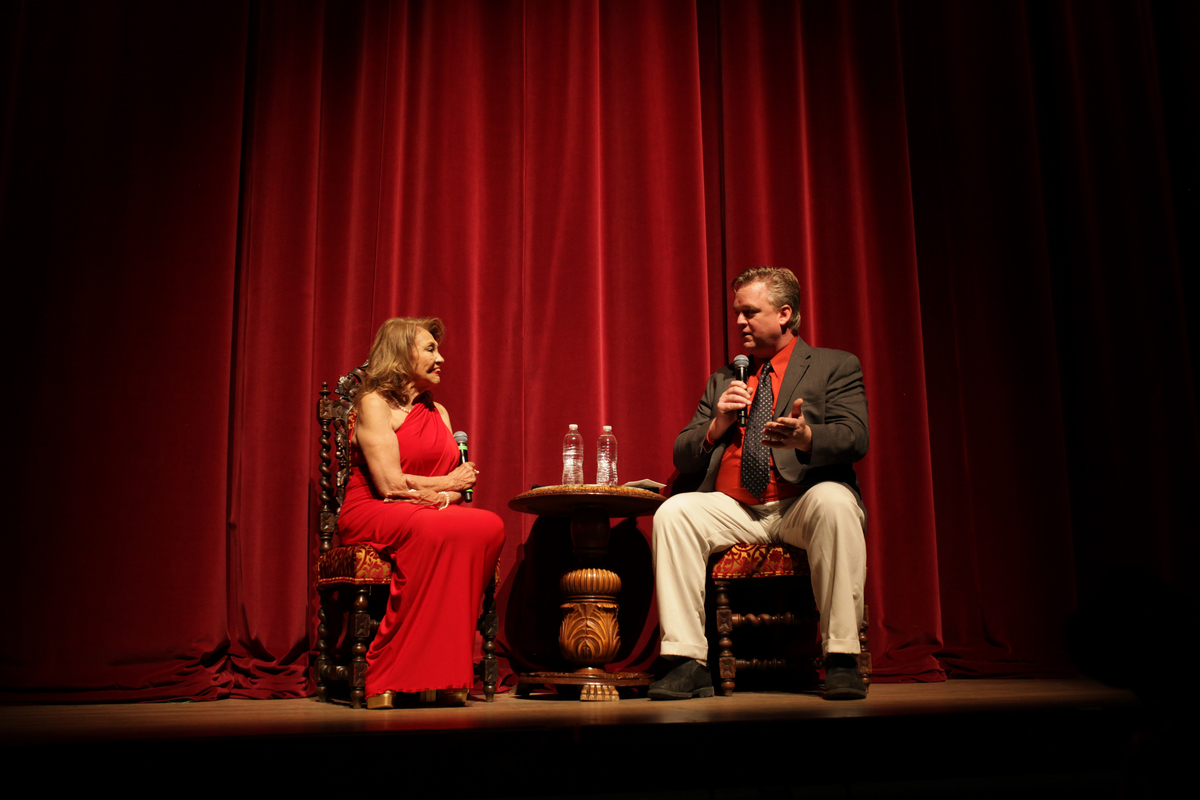 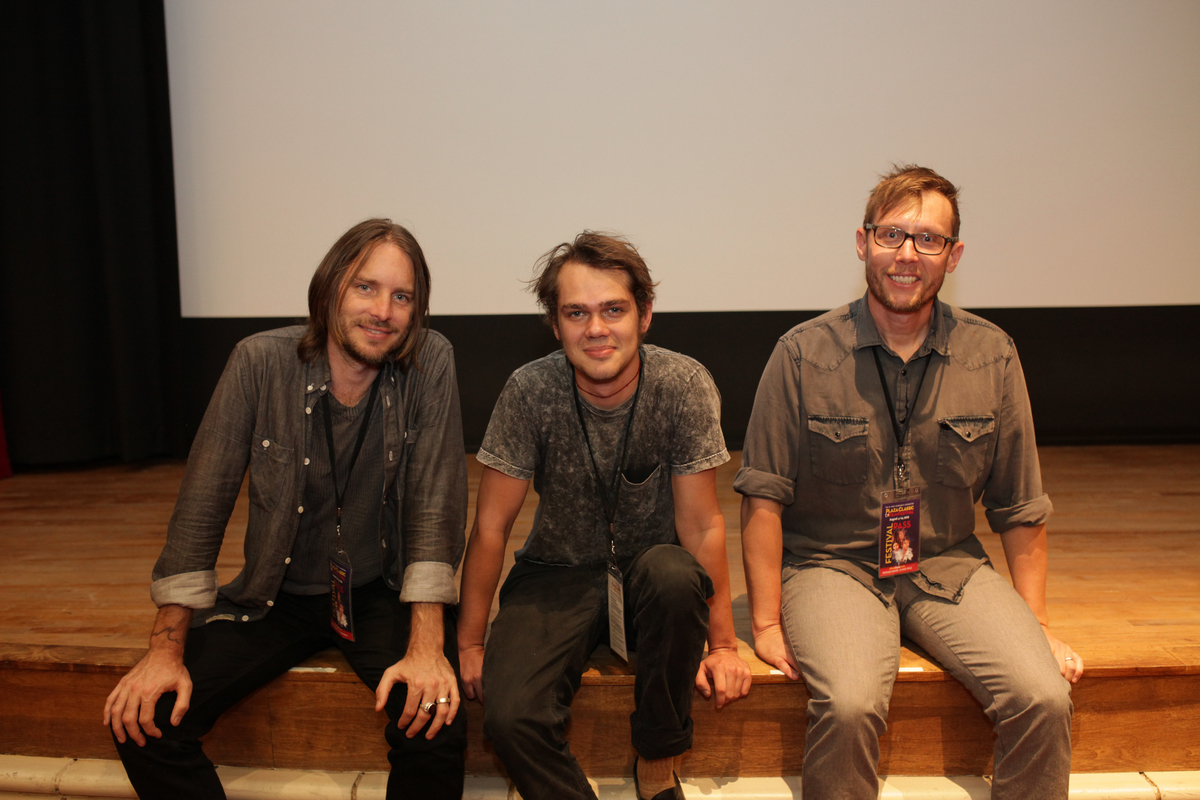 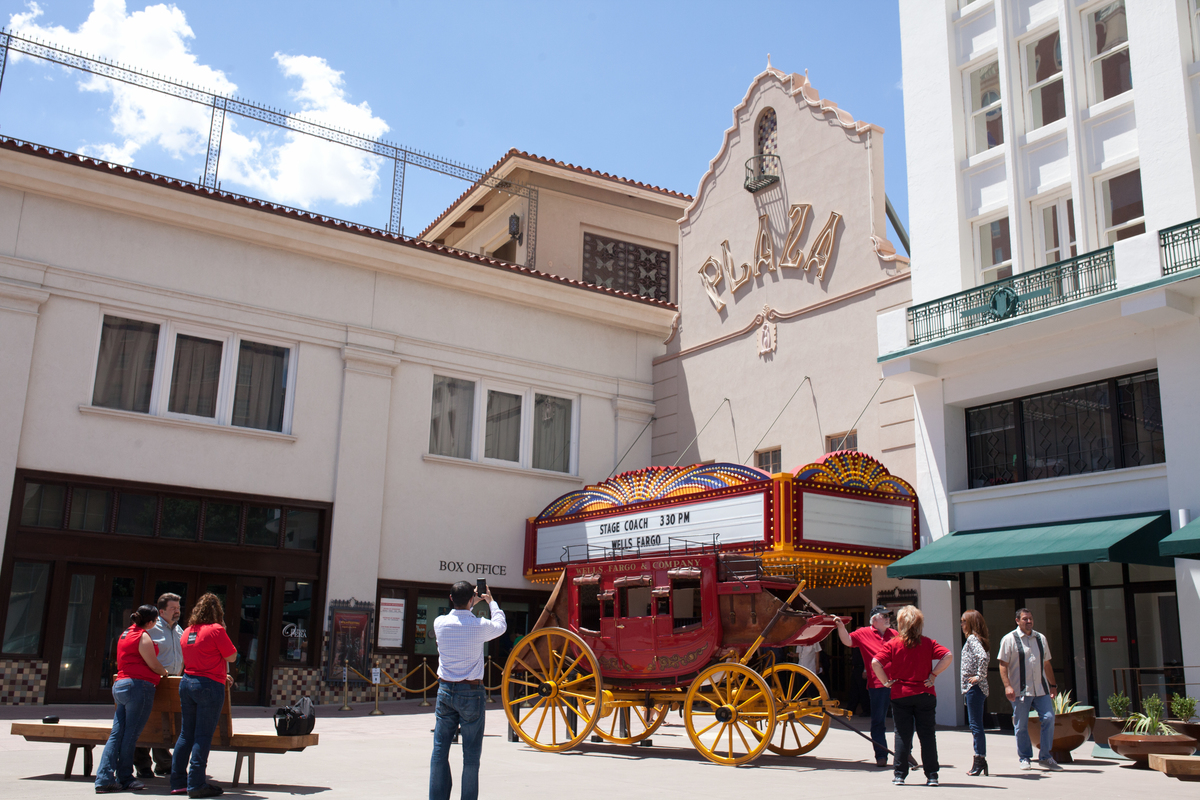 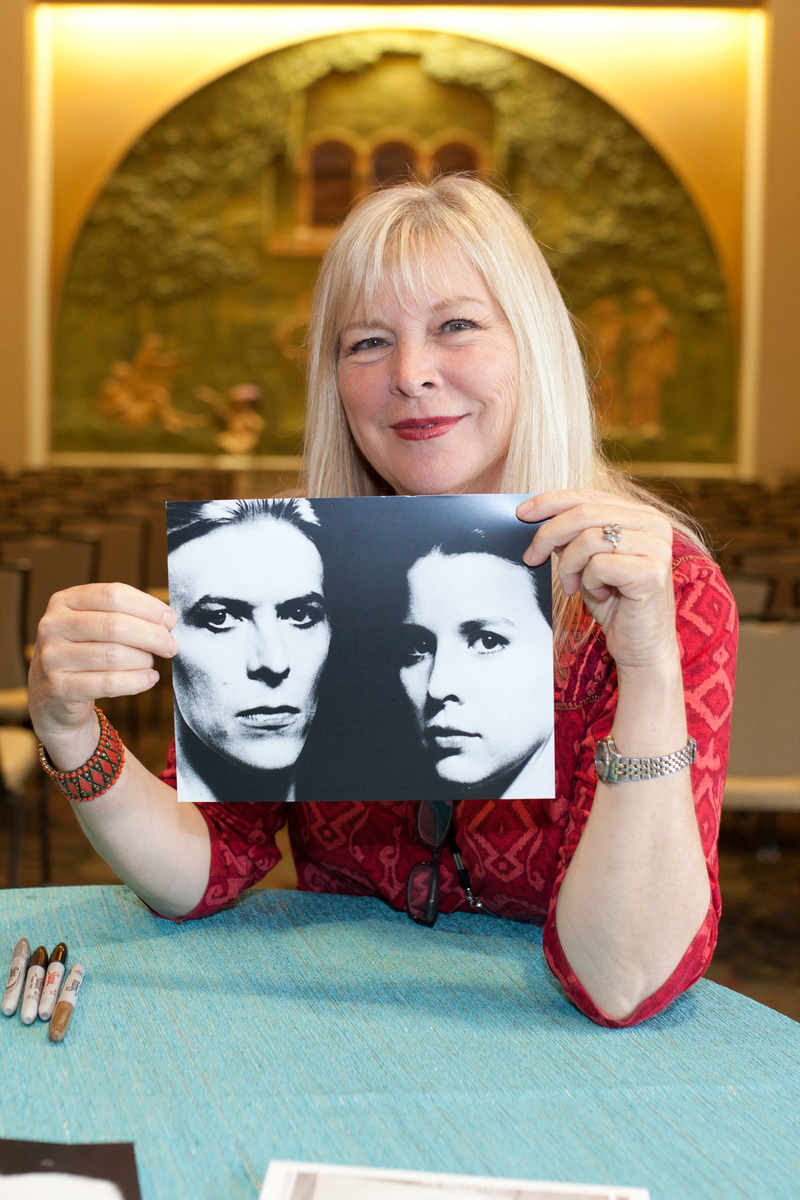 Candy Clark holds up an image from The Man Who Fell to Earth.